Diversity is a Business Imperative…Inclusion is a Choice... 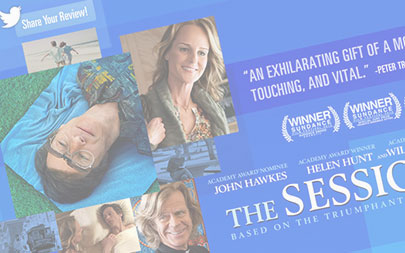 EIN SOF Teams Up With Fox Searchlight on "The Sesssions"

The Sessions received critical acclaim, and garnered mainstream and disability awards and nominations. The film was embraced by the disability community, received glowing reviews by thought leaders, and raised national dialogue on disability and sexuality, intimacy, emergency preparedness and community-based independent living, plus, hiring and firing one’s own personal care attendant.

Learn about our disability awareness campaign for Lives Worth Living

Discover our partnership with the National Council on Disability

See how we partnered with Mattel and Toys “R” Us