Increase employment of people with disabilities in front of, and behind the camera/keyboard;
Improve disability portrayals and reduce stigma;
Integrate access to media with captions and audio descriptions.

LCA creates interconnected strategies and tactics to accomplish our three objectives, including:

Regional LCA Career Exploration Summits are designed for two target audiences: media employers seeking qualified and creative prospective employees and collaborators; mentors in search of mentees with disabilities; and participants who are aspiring media professionals with disabilities or who are Deaf.

In collaboration with the National Disability Mentoring Coalition, we have developed LCA Online Mentoring Circles to provide “professional scaffolding” for select LCA participants. This program is being piloting with the California Department of Rehabilitation to reach a larger online virtual audience nationwide and to provide “master classes” focused on career exploration and advancement in all forms of media – television, movies, documentaries, advertising, news, theatre and interactive, including video games.

In collaboration with michaels.adams. a worldwide arts and community initiative collective, LCA will premiere its Online Member Gallery; a dynamic showcase to spotlight the emerging talents of our community. These “Living Portfolios’ of LCA participants across the country will double as a peer mentoring focus as well as a destination for media employers seeking to hire aspiring professionals with disabilities. The Gallery will debut in Fall of 2020.

Promotion of the Regional Summits is through email, social media and word-of-mouth to disability, arts, diversity and media organizations; colleges and universities; departments of rehabilitation; veteran serving organizations. Prospective participants are asked to complete a brief online application that includes a personal statement, requests for accessibility accommodations and to upload a resume. The LCA core leadership team then reviews all of the applications to determine who is accepted into the Summit.

The LCA Career Exploration Summits are specifically designed with interconnected and interactive career entry and trajectory “employment mapping” activities to empower current and aspiring media professionals with disabilities so that civilians and veterans can explore and develop careers in the media – television, movies, documentaries, advertising, news, theatre and interactive, including video games.

The hallmark components of each LCA Career Exploration Summit includes:
1. How to Make it in the Media panel discussion with established media professionals with (and without) disabilities;
2. One-on-one Resume review, speed interviewing and flash mentoring with media companies, and mentors with disabilities;
3. No One Taught Me How to Network workshop, created and facilitated by Derek Shields, Director of the National Disability Mentoring Coalition;
4. Self-Disclosure: How to Leverage Your Disability to Sharpen Your Competitive Edge workshop, created by Barbara Butz and Steve Allen; facilitated by Steve Allen, President of PolicyWorks;
5. Viewing of LCA partner film clips, and/or live performances by performers with disabilities, including music and dance.

In addition to the regional Summits, workshops and panels, in 2019 LCA piloted the LCA Online Mentoring Circle as a pilot program with the California Department of Rehabilitation (DOR).

A Selection of LCA Highlights:

Hosted by the Chicago Film Office/Department of Cultural Affairs & Special Events. Thanks to our LCA2.0 Chicago planning team and partners identified in the logo block:

How to Make it in the Media Panel, moderated by Anna Pakman, included:

Panel moderated by Variety’s Tim Gray included (and pictured in the photo left to right):

Jd Michaels, EVP of Diversity and Creative Engineering, welcomed everyone along with with Storm Smith and Alec Frazier, former LCA2.0 participants who Jd met in 2016 at LCA2.0 Washington, DC at The White House. Storm is now an Art Director at BBDO, and Alec is editing BBDO’s Stories About Us Campaign and recently published his book Veni, Vidi, Autism.

For the PolicyWorks Workshop, Self-Disclosure: Leveraging Your Disability to Sharpen Your Competitive Edge Elaine Katz of the Kessler Foundation, joined Barbara Butz as co-facilitator.  For the National Disability Mentoring Coalition’s Workshop No One Taught Me How to Network, Isha Patel of LinkedIn joined Derek as co-facilitator.

How to Make it In the Media, moderated by Anna Pakman, panelists included: 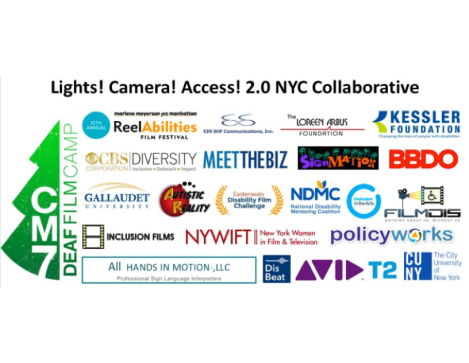 Marty Klein, Why Can’t We Serve

We look forward to LCA2.0 returning to NYC next year to coincide with ReelAbilities Film Festival in April 2019. Check back for more details and application instructions.

March 21, 2018– Boston LCA2.0 Panel Webinar (snowed out from live event, but we presented our How to Make It in the Media panel online). It included:

2017 proved to be a banner year as the entertainment industry further embraced LCA2.0 as its trusted disability-inclusive diversity partner of choice:

The Academy of Television Arts & Sciences:

Not once, but twice, the Television Academy honored LCA2.0. First, in a featured article, entitled Seasons of Change in EMMY Magazine on LCA2.0 industry activities and collaboration with the Ruderman Family Foundation in the creation of our TV Challenge.

The Ruderman White Paper on the Employment of Actors with Disabilities in TV revealed 95% of top TV series characters with disabilities are played by non-disabled actors. The imperative for diversity is widespread throughout the industry and disability is part of diversity. Having laid groundwork for this assertion, this second Ruderman White Paper, moved from conversation to a call-to-action. 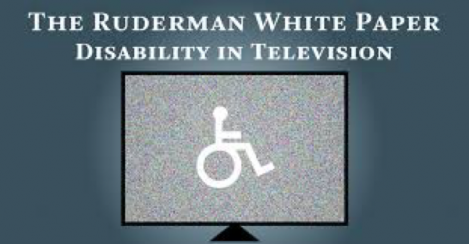 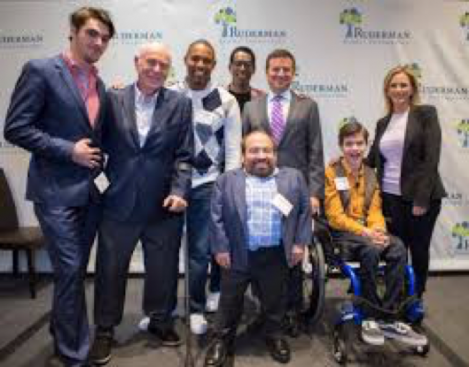 Co-authored by the Foundation, Tari Hartman Squire (Lights! Camera! Access! 2.0) and Daryl “Chill” Mitchell (NCIS: New Orleans) the 2017 Ruderman TV Challenge issued a soft challenge to creators of scripted television pilots and series – 151 pilots across 39 delivery platforms of broadcast, cable and internet for the 2017-2018 TV pilot season, asking them to audition and cast more performers with disabilities, including “five lines & under” and background or atmosphere roles.

CBS Corporation Diversity and CBS Entertainment Diversity hosted an LCA2.0 Summit for 50 aspiring filmmakers and media professionals with disabilities or who are Deaf.

After a wonderful welcome by Tiffany Smith-Anoa’i, EVP, Entertainment Diversity, Inclusion & Communications, CBS Entertainment,CBS Executives from casting, diversity, public affairs, HR and other divisions hosted tables for speed interviews and informational networking. Thanks to CBS Executives for your leadership and providing great feedback and insights to the next generation of media professional and filmmakers with disabilities: 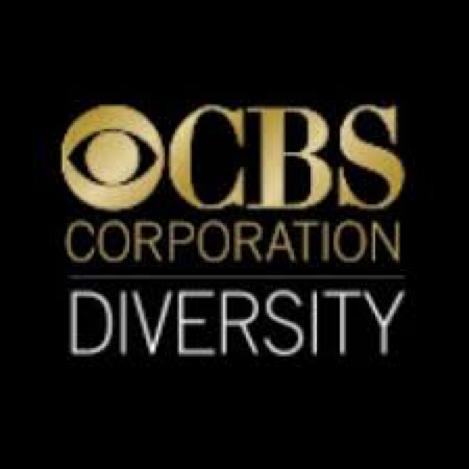 In addition, RJ Mitte from Breaking Bad also served as a mentor for participants, along with members of the Writers Guild of America Committee of Writers with Disabilities.  The Television Academy covered the dynamic event in its Taking Action video series. Check it out – click here. 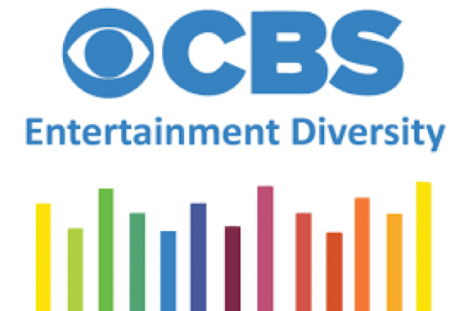 Thanks to all our employers and mentors:

One of the most prestigious Hollywood entities is “The Caucus” composed of legendary and up-and-coming Hollywood executives. These seasoned professionals chose LCA2.0 to partner and create an evening of disability awareness on April 24, 2017, entitled, LCA2.0 Disability Through a Brand New Lens. On its website, The Caucus also included a disability awareness survey for its members to coincide with the Ruderman TV Challenge in collaboration with LCA2.0. 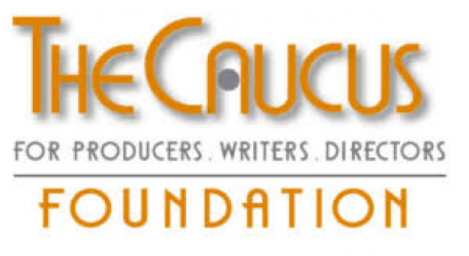 Ben Lewin, Writer-Director of the Award-winning feature, The Sessions;

Read about The Caucus Panel here. 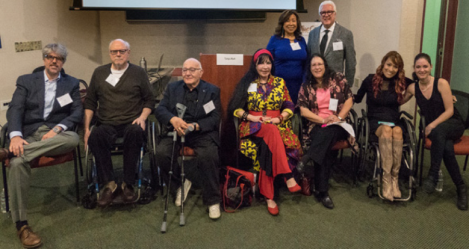 Back by popular demand

In Spring 2019, the Caucus will produce another LCA2.0 industry panel – check back for details.

At the 2017 Bentonville Film Festival, in addition to Loreen Arbus’ “Fireside Chat” on philanthropy and disability, the Festival highlighted a lively discussion on the arts and disability featuring Inclusion Films Workshop’s Joey Travolta, and Hester Wagner (who served as moderator), Jane Seymour, Maysoon Zayid, Tari Hartman Squire and local Bentonville professionals working with kids with disabilities.

The event was so successful, a follow-up disability in media panel was convened in 2018 with RJ Mitte, Becky Curran, and Gail Williamson.

Check back for disability-inclusive diversity updates for 2019 BFF Film Festival. 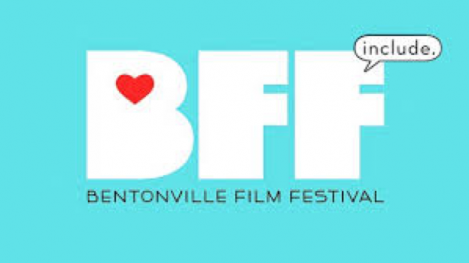 In the fourth quarter of 2016, Lights! Camera! Access! 2.0 produced three LCA2.0 “Call-to-Action” Summits with Resume Review, Speed Interviews, Flash Mentoring, networking and informational panel called How to Make It in the Media moderated by Anna Pakman:

Disabilities of the participants included: Amputee; Autistic; Bipolar; CP; Deaf; Depression; Hard of Hearing; Learning Disabilities; Low Vision. There was a diverse combination of participants of color with disabilities, including LGBT.

As with all LCA2.0 Career Exploration Summits, the participants were both traditional and non-traditional aged and GPAs ranged from 2.70 to 4.0.

On July 13 and July 14, 2015, we convened two Lights! Camera! Access! 2.0 Think Tanks in New York that were official NYC ADA25 events to coincide with the 25th anniversary of the Americans with Disabilities Act.

Leadership Awards were given to CBS and the FCC for their disability-inclusive diversity leadership.

July 13 was focused on emerging digital platforms and included a keynote by Vinton Cerf, Chief Internet Evangelist of Google and one of the two inventors or the Internet. Presentation by other companies included AT&T, Comcast, Panasonic and Yahoo!

July 14 was focused on the Disability Narrative Imperative and featured unions, networks, industry associations, disability leaders and storytellers with disabilities across a variety of genres such as theatre, interactive, gaming, radio, film, broadcasting and television.

If you would like to invest in Lights! Camera! Access! 2.0, develop a co-branded internship or scholarship, our fiscal agent is New York Women in Film and Television. To invest, click here.

In honor of the 28thAnniversary of the Americans with Disabilities Act (ADA28) the Los Angeles-based Disability Community Resource Center (DCRC) awarded LCA2.0 the prestigious Douglas A. Martin Award of Excellent.

Accepted by the Clinton Global Initiative (CGI) as a “Commitment to Action,” EIN SOF Communications, Inc. and The Loreen Arbus Foundation are teaming up to produce this comprehensive initiative that includes disability-inclusive diversity advertising, entertainment, interactive and broadcast “Think Tanks” and “Call-to-Action” summits to improve disability portrayals on large, small and personal screens, increase employment of civilians and veterans with disabilities in front of the camera and behind the scenes, and increase accessible entertainment for audiences with a variety of disabilities.

Disability-savvy television shows include Switched at Birth; American Horror Story; CSI: Crime Scene Investigation; Breaking Bad; Push Girls, NCIS: New Orleans, The Bold and the Beautiful, and Madam Secretary that employs performers with disabilities in the background to more accurately reflect the 8.38% (non foreign service) employment rate of people with disabilities and veterans (with a 30% disability) that work at the real State Department.

LCA2.0 has its roots in the Television Academy’s Diversity Committee when, eight years ago, EIN SOF produced the original Lights! Camera! Access! “Call-to-Action” Summit for the U.S. Department of Labor, with former Secretary Hilda Solis and former Assistant Secretary Kathy Martinez in attendance who issued soft challenges to the entertainment industry to increase employment and improve portrayals.   LCA has its roots in the success of the Media Access Awards (started by Norman Lear, Fern Field and Loreen Arbus in 1978) and the Media Access Office (Tari Hartman  Squire was Founding Executive Director who established its signature programs like the Official Casting Clearinghouse for Performers with Disabilities; Talent Showcases; Technical Assistance, Script Consultation and Media Advocacy.

We welcome you to join the growing LCA2.0 Collaborative.