In 1979, as a result of employment discrimination during a temporary disability, Tari Hartman Squire joined forces with other performers with disabilities, like Alan Toy, and Christopher Templeton to spearhead SAG’s Committee of Performers with Disabilities (this committee evolved to the Tri-Union Committee of Performers with Disabilities that Robert David Hall currently chairs).   The 1980 Collective Bargaining Agreements of the Screen Actors Guild and the Alliance of Motion Picture and Television Producers (AMPTP) was the first time disability was incorporated into the Affirmative Action/Non-Discrimination Clause  — ten years before the Americans with Disabilities Act — and in subsequent Agreements set forth the expectation that performers who use wheelchairs will be auditioned in wheelchair accessible casting offices (not parking lots), performers who are Deaf will have qualified sign language interpreters at auditions and on the set, and performers who are blind or low vision, shall have their portion of the script from which they audition (“sides”) be converted into Braille, large print or accessible format. All intended to “level the playing field for actors with disabilities.

Under her five-year leadership as founding executive director of Media Access Office, it transformed from a fledging group to a liaison between the entertainment industry and disability community, creating its programs (casting clearinghouse; talent showcases; technical assistance/script consultation; scholarships; strategic alliances with unions, studios, production companies and associations; advocating for increased employment in front of the camera and behind-the-scenes and improved portrayals). During Squire’s tenure at Media Access, she helped cast and/or promote hundreds of television and film productions, and commercials.  In addition, the Office provided technical assistance to improve portrayals of disability images. Later, Media Access Office was folded into the State of California Employment Development Department (EDD). 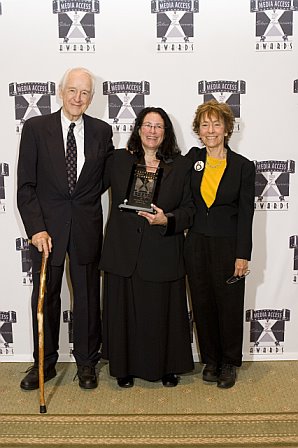 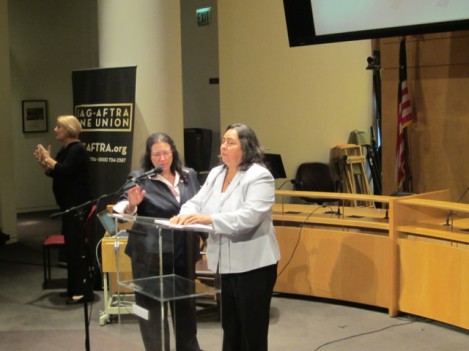 Squire received the Media Access Visionary Award for 25 years of groundbreaking collaborations with the entertainment industry and disability community. When the Media Access Office was folded by EDD, Squire and Christine Bruno of Inclusion in the Arts, now co-chair the Media Access Task Force that is focused on pursuing advancement of disability in entertainment. For example, former Casting Society of America president Pam Dixon and Breakdown Services president Gary Marsh, created a “drop down menu” in Breakdown Services’ ActorsAccess sm database so performers with disabilities to “opt-in” and self identify and be identified by casting directors. To date, over 1,650 performers have opted in.